There is a lot of work to be done behind the scenes of the space studio. Let us introduce our helping people: 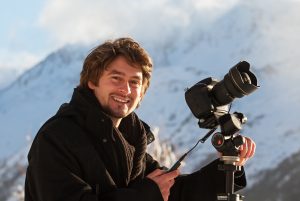 … is the most important mentor of the space studio and an internationally acclaimed astrophotographer. From 2000 he studied at the University of Kassel, initially as a student of Floris Neusüss in the department of photography and Nicolaus Ott and Bernard Stein in graphic design. He graduated with distinction as a student of Yana Drouz with the film “Wiederkehr des Mars”. 2003 Scholarship in “Fine Art” at Kingston University in London. 2004 Studies at the Film Academy of the “University of Music and Performing Arts”, Vienna.

In his dissertation “Photography as Scientific Argument” he researched in the fields of media theory and astronomy at the ”University of Applied Arts Vienna“.

In 2000, Sebastian Voltmer’s work “Astrophotografie als Methode zur Kometenentdecdeckung” (Astrophotography as a Method for the Discovery of Comets) became the state winner and Federal Prize winner in “Jugend forscht” (Youth Researches) and as such received an invitation to German Chancellor Gerhard Schröder in September 2000.
At the age of seventeen, he shot his first film entitled “The Face of the Moon”, which received the “Film Prize for a Special Setting” at the Landshut Open Competition for Filmmakers Under 24 in July 1999. Since then he has been increasingly involved in the composition of film music. His second film “Das Gesicht des Himmels” was recorded by the Bavarian Broadcasting Corporation (Space Night). At the end of 2001 he produced the film “Sternschnuppen über China – Leoniden 2001” in Manchuria, which was broadcast on Bavarian television on December 15, 2002. His latest production is the feature film “JOMI’s sphere of action”.

With or without a telescope –  Sebastian Voltmer brings all visitors of the space studio closer to the sky. 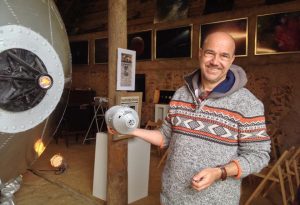 … has been an amateur astronomer for more than 35 years and is active at the Peterberg Observatory (www.sternwarte-peterberg.de). Like Sebastian Voltmer, he discovered his passion for astrophotography at an early age. As a member of the “International DarkSky Association” (www.darksky.org) he combines tourism, astronomy, health, environmental and nature protection on a voluntary basis with many helpers in the Sankt-Wendeler-Land. Visitors to the space studio will meet him more often 😉

In addition, as part of a certification for barrier-free travel, he has also completed training on this sensitive topic: 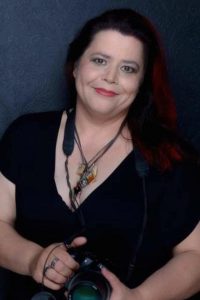 …. is a concert photographer and 3D artist. She was active in the 90s as an amateur astronomer and astrophotographer in the VAS. Today she has 5 children.

The passionate photographer has never forgotten her love for astronomy and punctually at the 50th anniversary of the Apollo 11 mission and the first moon landing she joined the space studio as a team member and supports the project with lectures, guided tours and of course with the meanwhile established and popular rocket building with the visitors’ children and their companions.

In addition, she is a member of the core team of a regionally known light and sound engineering company.

Her passion is also literature, she likes to read a lot and now and then she writes her own poetry. 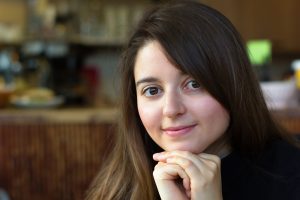 … created the basis for the cultural further development of the Space Studio during her Master’s degree and specifically put the promotion of accessibility into practice. She grew up bilingual, has German-Italian roots and studied “Language, Culture, Translation” in Germersheim and Paris. During her master studies in the border region Saarbrücken, Metz and Luxembourg, she specialised in “Cross-border communication and cooperation” in the field of media, with a special focus on the integration and accessibility of the sensory disabled (deaf and blind). Her main interests are in the field of culture and international understanding, which she has also dealt with in her master thesis. The theoretical findings were put into practice at the Space Studio. During her studies she gained professional and practical experience at the Saarländischer Filmbüro and the Saarländischer Rundfunk as well as at the production company LichtenSTERN.tv in Saarbrücken. 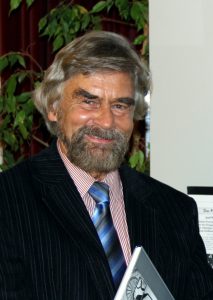 … has been a television journalist since 1972 and has produced more than 5,000 films – from the current 1’30 report to the 60′ feature.
He completed his journalistic traineeship at Saarländischer Rundfunk, where he worked from 1976 to 1981 as 1st editor in the “Aktuelle Landesschau”. His focus is on travel reporting, culture, nature conservation and environmental protection. In addition, there are portraits about people and organisations such as the bush doctor Dr. Hans Schales, who looks after the many AIDS patients in Zimbabwe. TV interviews with Jehudi Menuhin, Peter Ustinov, Olivier Messiaen, Roman Polanski, Federal President Johannes Rau and spoke to the Moonwalkers like Neil Armstrong, the first man on the moon. 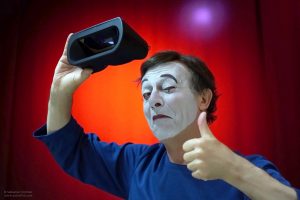 …is on tour worldwide as a pantomime. He has been deaf since his childhood. He helps us to bring the universe to hearing-impaired people through body language (DGS and mimic) live and in video guides.

JOMI is one of the top artists in his field. He studied with Marcel Marceau at the École de mimodrame in Paris. His education also included classical and modern dance, acrobatics, fencing, juggling and experimental theatre with outstanding teachers such as Pavel Rouba, Maximilian Decroux, Stephan Niedzialkowsky and Matt Mattox. JOMI graduated in 1981 and since then has been working as a solo pantomime and lecturer in pantomime, body language and stage art.

In 1996 he was awarded the Culture Prize for Art and Science of the Saarlouis district. In October 1999, the then Federal President Johannes Rau awarded JOMI the Federal Cross of Merit for his services to mime and intercultural relations in Europe.

His language is understood everywhere. His tours have taken him to all European countries, Russia, North and South Africa, many Latin American countries, the Arab Emirates, Jordan and Japan.

Just recently a movie about him was released: www.jomi-film.com 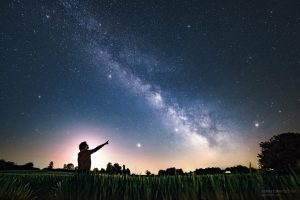